Reflections of an Ob/Gyn are usually happy and fulfilling, but at times, specific moments pop up out of nowhere. What I call “A Healing Moment” happened in the 1980s. I wrote about in the early 1990s. Friends have asked me to post it again, to help people understand the meaning of “late term abortion.” Another Ob/Gyn recently wrote her thoughts and explanations here.

Healing moments may occur when we least expect them. Sometimes they occur when we do not even know we need them. And, sometimes, they may affect our actions and decisions years later. It’s life.

“Beth” arrived on Labor and Delivery unit for induction of labor on a crisp, autumn afternoon. She had spent the entire week undergoing tests to find out what was wrong with her baby, but even all the high-technology tests could not tell her. All Beth knew was that an ultrasound at 35 weeks had shown her baby had “anomalies incompatible with life,” with a head massively swollen from the accumulation of fluid in the brain. She was now 36 weeks pregnant. The special doctors in the High Risk Obstetrics Clinic told Beth that they needed to put a needle into the baby’s head so that she could deliver without a Caesarean operation. Such a delivery would have placed the mother at increased risk and would have not altered the outcome for the baby. The doctors also told her that the baby would be born dead from its massive deformities. As soon as the special doctors had drained the fluid from Beth’s baby’s head and started the induction of labor, Beth was left in the care of the Labor and Delivery nurses, and the intern on call that night.

An intern is a medical doctor in the first year of training after completing medical school. Interns are usually closely supervised by residents above them and attendings, because the interns have little clinical experience. But, there was no physician supervision of the intern assigned to Beth that night, since nothing could alter the outcome. To the teaching physicians, it did not seem important for Beth to have a physician who was familiar with bad obstetrical outcomes or for the intern to have supervision by someone with that kind of experience.

I was the intern on call that night. I was scared. I had delivered maybe 75 babies by that time, all normal. No one told me what to expect, other than that would be some kind of “monster” baby. The whole time Beth was in labor, I wondered if I would throw up when this baby came out, or even if I might drop the baby if it were too grotesquely deformed. I stayed at Beth’s bedside throughout the night. She told me that although she was not married and the pregnancy had not been planned, she had been very excited about being a mother. She was lonely, and thought the baby would be her companion. The pregnancy had seemed uneventful until the week before, when an ultrasound showed problems with the baby. She kept asking me if I knew what the baby would look like.

Beth’s labor progressed rapidly until it was time for her to push. But she could not push; she would not push; and nothing happened. For the first hour I was relieved that Beth was not making further progress in labor, because it put off the time I would have to look at this baby. Then it occurred to me – if I did not want to deliver this baby because I did not know how I would react when I saw it, how must Beth be feeling? I asked her if she were scared to see her baby. A flood of tears began to flow, followed by a sobbing request for a priest to baptize the baby when it was born.

Nurses will always take care of a patient, even when it involves teaching someone they call “Doctor” who knows far less than they do, if the doctor is willing to learn (and Heaven help the doctor who is not willing to learn when the nurses are willing to teach!). The nurses that night – Ruby and Diana – told me how to contact the priest on call. But the priest refused to come because “the baby is already dead.” What could I tell Beth? Then Diana showed me a vial of Holy Water kept in the delivery room and told me what to do. Beth said we could baptize the baby “if the priest can’t get here on time.” She then began to push, and delivered a short time later.

The baby’s head was terribly deformed. The diagnosis ultimately was determined to be “amniotic band syndrome.” The baby had swallowed a piece of the amniotic sac – the membrane part of the bag of waters. As the baby grew, this band cut across the developing structures of the face and brain. But the remainder of the body was that of a normally formed baby boy. Diana baptized him. Then he was cleaned and wrapped in a blanket. Beth did not want to see him. Ruby took some Polaroid pictures, and showed me where to place them so that if Beth ever changed her mind, she could have the pictures.

Then Ruby began to point out to me, in an audible but respectful voice, how perfect the hands and feet were, and what a well-developed body the baby had. We discussed this in Beth’s presence for several minutes. Beth asked if she could see just the feet with the rest of the baby wrapped. She then asked us to unwrap the hands. After looking at the hands and feet for some time, she asked to see the remainder of the body, but with the head wrapped. She reached out for her son, covered his body, and held him for a long time. Then, she slowly unwrapped the head, and sobbed softly. She kept the baby with her all morning. Finally, she rewrapped her baby, having said her good byes.

Her post delivery follow-up was in the High Risk clinic. Several months later I heard she had left town. Although I did not see her again, I often thought of that night. I was angry that babies were not always perfect. I was angry that a woman who had not used drugs or alcohol had such a sad outcome. I was angry that a spiritual leader she requested could not be bothered to provide that type of support. I was angry at an educational system that had not taught me how to cope with outcomes beyond my control. I was especially angry that no physician with more experience than I stayed around to guide me through Beth’s labor and delivery. Thank God for Ruby and Diana, I would often think.

Three and a half years later, as I was preparing to graduate from my residency and enter private practice, a healing moment occurred. It was spring, late on a Saturday afternoon, and light was streaming in through a west window on Labor and Delivery. It had been a very busy day, and I thought I was going to get to sit down for a quick supper in a few minutes. But another patient walked in, obviously in active labor. The other residents were busy, so I prepared to do something chief residents rarely have the opportunity to do – a normal vaginal delivery in a birthing room. I hardly had time to gown and glove before the baby was born – a beautiful, healthy girl.The new mom did not recognize me, and I did not recognize her until she began to tell me about her first delivery. She talked about what a relief it was to see this normal and healthy baby, because her first baby was a boy that died of “amniotic band.” Beth was now happily married, with a supportive husband, and they were thrilled with this baby. They planned to have at least one more child. Much of the anger I had carried from the time of Beth’s first delivery evaporated when I was unexpectedly allowed to deliver her second – and wonderfully healthy – baby. Through her own healing, Beth helped me to heal. Healing moments often occur when we least expect them, and sometimes when we do not even know we need them. I learned that from Beth.

Reflections of an Ob/Gyn have many and varied emotions. Sometimes they pop up when least expected. But they affect for a lifetime the strong belief that politicians do not belong legislating the very personal medical decisions of women, something about which politicians – of either major party or the smaller other parties – know nothing.

Biology and Human Social Behavior: a Response to van den Berghe and Barash

When Babies Die: Death and the Education of Obstetrical Residents

The Past, Present, and Future of Rose Photography in Rose Shows: The Experience of the Pacific Southwest District 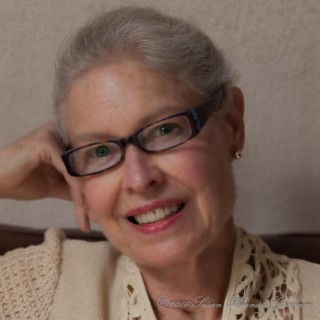